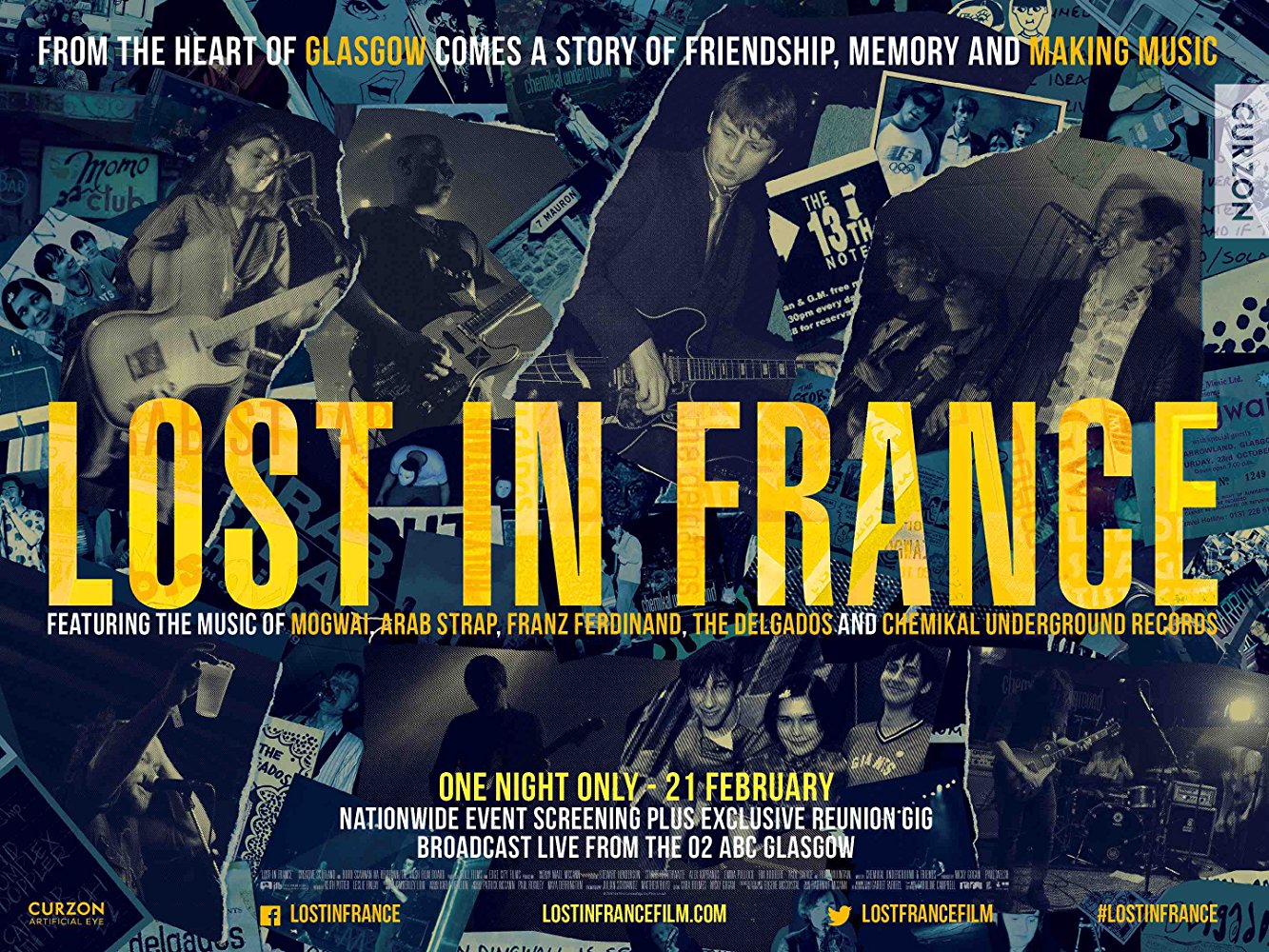 Lost In France I was cameraman on this music documentary by Irish director Niall McCann. An Irish-UK co-production funded by Irish Film Board and Creative Scotland. LIF world premieres at EIFF 2016 and will be released theatrically in the UK and Ireland by Curzon / Artificial Eye in early 2017. “Lost In France” explores the rise of Scotland’s independent music scene in the ’90s, led by cult label Chemikal Underground. Featuring The Delgados, Bis, Mogwai, Arab Strap, Franz Ferdinand and other seminal acts, this is an intimate film exploring friendship, creativity and music.